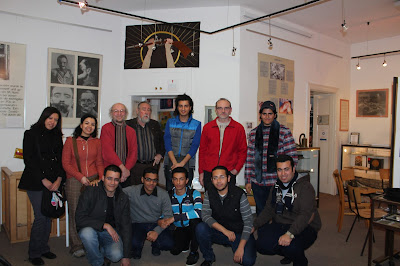 NoMilService is happy to announce that it has nominated Rudi Friedrich, the director of Connection e.V., to Pfeffer Peace Prize, which is given by the Fellowship of Reconciliation (FOR). Friedrich has been a very supportive friend to our movement, and we honor his huge efforts for supporting peace activists all over the world.

Rudi Friedrich has been struggling for peace and reconciliation in Europe and around the world for more than 20 years. His efforts should be recognized and honored by the world.
at 20:54