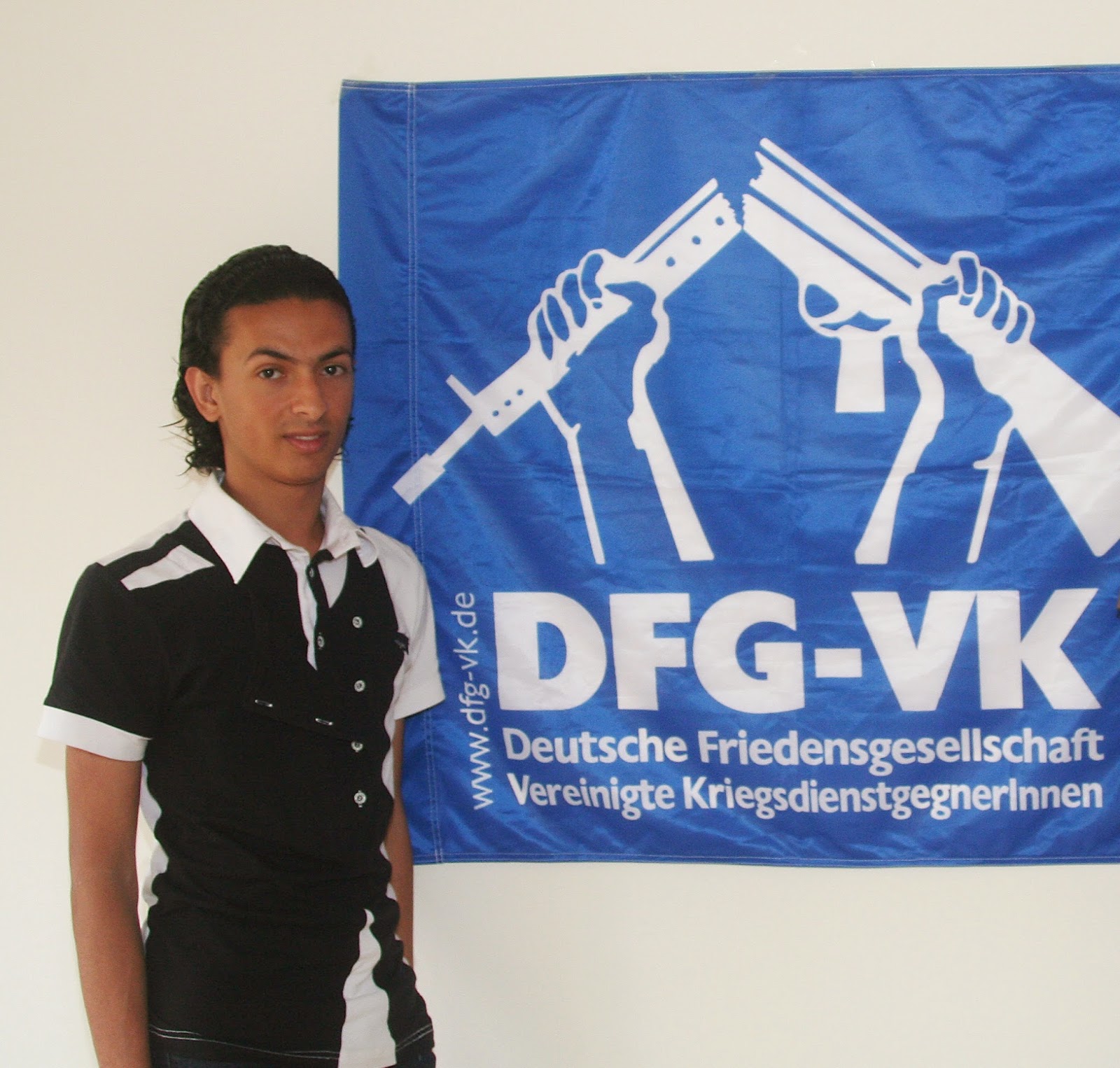 Mark Nabil had informed the officers at Assiut Conscription Area on the 13th of May, 2014 of his Pacifist beliefs, and his refusal to the military service. He was interrogated by a Military Security Officer that day, then was interrogated again on the 15th of May, 2014, in the main headquarter of the Military Intelligence in Cairo. Since that date, the Egyptian military refrained from giving Mark Nabil any legal documentation stating that he had finished/was exempted from the military service. Without any such document, Mark Nabil lives deprived of his constitutional and legal rights— most important of which are the right to work, to travel and the right to education.
Mark submitted a complaint to the Army Chief of Staff on the 27th of July, 2014. He also filed a complaint against the Minister of Defense to the Attorney General on the 21st of September, 2014. On 21st of January, 2014 he sent formal requests to the Minister of Defense, the Prime Minister and the President, demanding an exemption from the military service. However, the Ministry of Defense insists on ignoring all of these complaints and letters.
In 10 Jan 2015, Mark Nabil had issued a statement explaining that his refusal to the military service is a rejection of the use of violence in conflict resolution, as well as refraining from joining an institution that has a bad history in using violence against peaceful protestors. He condemned the army’s racist treatment of civilians based on sex, religion, social status or geographical origin. He also considered his refusal to the military service not only his right, but also a responsibility towards future generations who do not deserve to inherit the systematic slavery of conscription.
Since different national and international legislations guarantee freedom of belief, thought and conscience including: Article 18 in the Universal Declaration of Human Rights which affirms that "Everyone has the right to freedom of thought, conscience and religion", Article 18 of the International Convention on Civil and Political Rights, which prohibits any kind of coercion that breaches the freedom of religion or belief, and the UN High Commissioner for Human Rights’ report in July 2013 regarding the Right of Conscientious Objection to the military service. The Egyptian Constitution, in Article 64, also affirmed the freedom of belief. The Egyptian National and Military Service Law have established an alternative civic service in addition to the military one, and mandated the Minister of Defense to determine the due groups to be exempted from the military service.

Therefore, we call on Egypt’s government to respect international standards and meet the obligations to which it has committed itself. This includes recognizing the right of Mark Nabil Sanad to conscientious objection to military service.