Emad El Dafrawi declares his refusal to the Military Service 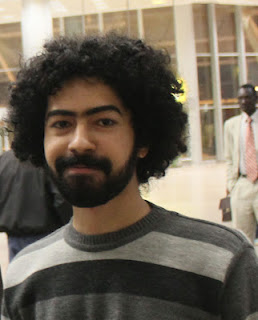 I Refuse Conscription Because it Contradicts My Beliefs


My name is Emad El Dafrawi. I’m 24 years old. I went to Cairo’s recruiting area in 2008. I received a 3-year postponement. I was supposed to deliver myself again to the recruiting area on January the 14th, 2012, but I decided not to be present in the recruiting area within the date of application.
- I’m pacifist and anti-militarist, which means that the military activities including holding weapons and using violence contradict my beliefs. I’m a conscientious objector to the military service. I refuse to obey military orders and I consider all wars to be crimes.
- I believe that wars are crimes against humanity. Based on that, I see that it’s impossible for me to support any type of war, and if there were conflicts, they must be solved by the civilized peaceful means. Wars are waste of money, destruction to infrastructure and make psychological barriers between the peoples. Wars don’t benefit anyone but those who have interests in arms trade.
- If I delivered myself to the recruiting area, it means that I may be transformed into a militarist. When I become a militarist, it means that I would accept to execute any military orders, even if they were immoral and contradict my beliefs, such as occupying lands, killing peaceful demonstrators and indecent assault. I refuse to serve in an army which kills and indecently assaults Egyptians and is standing against our freedom.
- I refuse to be in a place which would force me to antagonize a specific people. Conscription is slavery because it coerces me to do something I didn’t choose, as well as it violates my basic freedoms of movement and travel. I refuse that someone chooses for me my beliefs and my thoughts by coercion, and to waste the state budget in order to force me to do activities contradicting my beliefs, claiming that it’s a service to the society.
- I refuse to work for an institution which discriminates between people: based on gender, religion and geographic origin.
- I dream of the day when militarists wouldn’t have authority on civilians. I dream of the day when all the peoples have good relations with each others and that the law criminalizes all forms of wars or advocating for wars.
That’s why I refuse conscription and I refuse to collaborate with aninstitution which kills innocent people and spoils our relation with our brothers in humanity. I refuse to collaborate with the military which puts military areas among the residential areas in order to make human shields out of civilians, subjecting our lives to danger.
This is my opinion, I’m responsible for it and I bear the consequences of my stance.
War will exist until that distant day when the conscientious objector enjoys the same reputation and prestige that the warrior does today. – John F. Kennedy