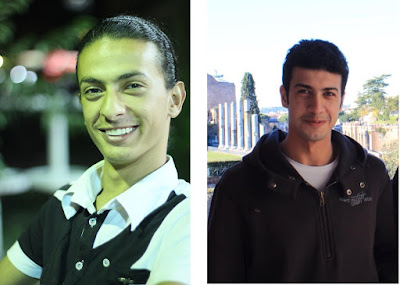 Mostafa Ahmed became, last November, the first Egyptian to receive an official written response on his demand to be recognized as a conscientious objector. After being chosen to serve as an officer in the army, Mostafa sent a letter to the minister of defense asking for exemption based on his beliefs. Two weeks later, Mostafa received a letter back from the ministry of defense rejecting his demand and claiming that refusing conscription is an act which threatens the safety of the country. Mostafa still refused to accept conscription, and remained in a legal limbo until the minister of defense exempted him last month.

Mark Nabil was also chosen to serve as an officer in the army in May 2014. He notified the conscription authorities immediately after his medical examination that he is a pacifist, and that his morality doesn’t approve the criminal actions taken by the army after the revolution. Mark had to go through many interrogations by the country’s top military intelligence. He was detained a couple of times, and lived in a legal limbo for over a year barred from his rights to work, study or travel. A huge international campaign was launched on his behalf last April, demanding that Egypt recognizes him as a conscientious objector. He received the decision of his exemption from the military service this Tuesday 16th June.

We in NoMilService, welcomes the decision to exempt the two Cos, and thanks all the individuals and groups who supported them. We encourage the Egyptian authorities to reform the conscription law, recognize the right conscientious objection, and end the suffering of conscientious objectors who have to live for a long time in a legal limbo until their cases are decided.

At the end, Peace must win!